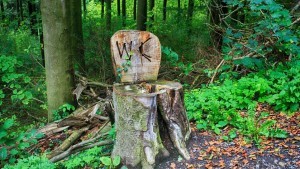 There are all sorts of international awards. But have you heard of the International Toilet Awards?
So if you are aware of any toilet in Greece used by tourists and stands out for its location, design or … the special experience it offers, then you still have time to nominate it as a candidate in the world’s best tourist toilets award for 2018.

The awards at MyTravelresearch.com aim to show tourism destinations that clean, creative, quirky public toilets go a long way to boosting a destination’s image and generating tourism dollars. The winners are expected to be announced on June 4, while entries close on May 1.

Categories
The 2018 awards will go to public toilets in the following categories (7):
Best Economic Contributor – for when people stop at a toilet in a destination and stay on to spend more than a penny.
Best Location – where the toilets have views and maybe considered an attraction in themselves.
Best Design – architectural brilliance in toilets, visual design and creativity.
Quirkiest Toilet Experience – relating to local heritage, fun, or otherwise noteworthy.
Best Accessible Toilet – supporting the idea of Tourism for all.
Sanitation Progress – aimed at developing economy destinations that have made big steps in public toilet provision.

Prizes
The overall winner will receive an AU$2,000 donation contributed to the World Toilet Organization for allocation to a sanitation project in a developing economy. The donation will be made in the name of the overall winner, who will also receive a copy of every MyTravelResearch.com research publication in 2018 (worth AU$8000), and access to tourism research events. Other category winners will receive the same, minus the donation to the World Toilet Organization.

In spite of the plea of EU Commission President Jean Claude Juncker to Turkey’s President Tayyip Erdogan to released the 2 Greek military officers before Greek Easter, they remain imprisoned in a jail on the outskirts of Edirne. On Holy Friday they received a visit from their family members.

It was their fifth meeting behind bars after the two soldiers were arrested for accidentally crossing the border in bad weather on March 1.

Earlier Friday, their parents met with officials and lawyers at the Greek consulate to be briefed on latest developments regarding the case.

Meanwhile, in an interview with the weekly Documento newspaper, Greek Prime Minister Alexis Tsipras called for the immediate release of the soldiers.

“Angelos and Dimitris, all Greeks demand an end to your ordeal,” Tsipras was quoted as saying, using the word “Golgotha,” or Calvary, where Jesus is believed to have been crucified and the tomb where he was buried and resurrected.

In a telephone conversation with the parents of the two soldiers, alternate Defense Minister Fotis Kouvelis vowed that the government will make every effort to accelerate their release.

In a tweet on Friday, New Democracy’s shadow defense minister Vassilis Kikilias wished courage and strength to the soldiers as well as their families.

According to “Kathimerini”, with concerns growing in the government that the tough language used by Defense Minister Panos Kammenos about Turkey could hamper negotiations for the release of two Greek soldiers held in the neighboring country, Prime Minister Alexis Tsipras is reportedly planning a meeting with the leader of the junior coalition partner after Easter to ask him to tone down the rhetoric.

The government also sought Thursday to clarify that Kammenos’s remarks referring to the imminent transfer of 7,000 troops to the Evros border region and the Aegean islands is not related to the recent spike in tension, but more to do with new organization of Greece’s armed forces, saying that, in any case, this will not take place in the immediate future.

According to a senior government official, the incendiary rhetoric “is not needed” at a time when the government is trying to de-escalate tension between the countries.

Earlier in the week a series of acrimonious exchanges between Athens and Ankara was capped with Kammenos saying that Turkish President Recep Tayyip Erdogan has gone “completely mad.”

The government’s concern over the stance of Kammenos, who is also the leader of the nationalist Independent Greeks party, was also shared by senior officials of ruling SYRIZA, as well as opposition parties, who say that he is causing unnecessary tension and is only playing into Ankara’s hands.

New Democracy said Kammenos’s tough talk is only “adding fuel to the fire.”

Speaking to Skai TV, SYRIZA lawmaker Dimitris Sevastakis warned that Greece should not allow itself to get caught in the “trap” of heightened tensions set by Erdogan.

For his part, SYRIZA MEP Stelios Kouloglou told the Parapolitika radio station that “Kammenos is serving the interests of his audience” and insisted that Athens must remain decisive and calm as hints of an imminent military conflict with Turkey will impact tourism.

Meanwhile, referring to Kammenos’s talk of sending troops to the Evros border and the islands, Turkish Minister of European Union Affairs Omer Celik said Thursday that his statements were “foolhardy.”

According to Turkey’s Hurriyet daily, Celik added that the EU should reprimand Greece over some of the comments emanating from its political leadership.

The government and the main conservative opposition New Democracy party clashed Thursday over the progress of United Nations-mediated talks aimed at breaking a deadlock between Greece and the Former Yugoslav Republic of Macedonia over the latter’s name.

The Foreign Ministry called on ND to “finally display a serious and responsible stance when it comes to dealing with issues of major national importance.”

Critical statements by ND about the government’s handling the issue “do not reflect the true state of affairs” and are “clearly aimed at serving party interests,” the ministry said.

It was responding to comments by ND’s shadow foreign minister, Giorgos Koumoutsakos, who claimed that a briefing on Wednesday with Foreign Minister Nikos Kotzias only served to “intensify our concerns.”

According to the ministry, Koumoutsakos “did not express any reservations or concerns during the briefing, which lasted for more than two hours, and only made constructive comments.”

Kotzias briefed party leaders on his talks last week in Vienna with his FYROM counterpart Nikola Dimitrov. He saw Koumoutsakos instead of ND leader Kyriakos Mitsotakis, who boycotted the meeting, objecting to a split within the ruling coalition over how to handle the name talks.

Kotzias is to meet again with Dimitrov for further negotiations next week. Despite progress in the talks, differences remain.

Athens wants the name solution to be “erga omnes,” namely for general use at home and abroad. It also wants changes to parts of FYROM’s constitution deemed irredentist.


Although it is the third largest town on the island, Rethymno still keeps a provincial flair rather distant from the larger towns of Heraklion and Chania. Rethymno is one of the best places one can see much of Crete’s history.

This popular city is located on the north coast of Crete, and the whole area combines unique features that attract visitors every year. An enchanting old town, beautiful sandy beaches and an inner land with an immense cultural value are some of the less traditional things to do in Rethymno.

The old town of Rethymno is located halfway between the capital of the island, Heraklion, and the city of Chania, making it a must stop for those traveling around Crete. It is a visitor’s favorite since it is fairly easy to walk around and it can be seen in a relatively short amount of time. When in Rethymno, it is a good idea to start by walking along the quaint Venetian port. Here, it is possible to sit in one of the many bars along this old marina and enjoy the view of the beautiful lighthouse.

After a while, walk down the alleys of the Venetian town to discover much of its remaining Turkish architecture, as well. It is a good idea to visit some of the local artisans and shops too. Stunning Venetian palazzi converted into boutique hotels welcome you in blossomed gardens for an afternoon break or maybe a spa getaway.

Finally, pay a visit to the Venetian Fortress, locally known as Fortezza, with the impressive Mosque of Sultan Ibrahim and the guard towers in the corners facing the sea.

A Wine Region not to be Missed

Home to one of the indigenous stars among Cretan whites — the Vidiano variety. Contrary to popular belief, Rethymno is home to only a few wineries.

Not far from the city, Klados is a small family winery happy to welcome all those wine lovers interested in their limited range of labels. The approach to wine production is that of a boutique winery, which is really paying off in the wines produced.

There is more than one interesting monastery to see in Rethymno. The impressive Arkadi Monastery, with its rich history, welcomes hundreds of tourists every day interested in taking a look at its unique Baroque architecture. The history of Arkadi goes hand in hand with the history of the island as well as all its battles for independence.

The Prefecture of Rethymno also hosts the magnificent Moni Preveli, a monastery located on the southern coast of the island, near a palm tree forest and a unique landscape made of a river flowing into the sea.

They might not be as spectacular as the beaches located in other areas of Crete, but still, some of the most popular and beloved beaches of the island are on the coast of Rethymno.

Some of the ones worth visiting are Bali and Panormo on the north coast, as well as the beach in Preveli, Triopetra, and Agia Galini in the south.

There are several villages to visit in the region of Rethymno. Anogia is one of them and is considered by many to be one of the most attractive mountainous villages of Crete.

Anogia is about 750 meters on Mount Psiloritis, in a quiet, secluded location which has allowed the village to maintain a strong authentic character as well as traditional costumes and its old Cretan dialect.

The village of Anogia was burned by the Ottomans during the Turkish occupation, while in 1944, the occupying German forces destroyed buildings and killed local men as a payback for the local resistance kidnapping of a German general.

The village is known for the woven and embroidered pieces with designs unique in the village.

Another village in the area; the small hamlet of Margarites, is easy to walk around in. This colorful little town is home to several traditional ceramic studios and workshops — pottery being the most characteristic feature of the place.

All kinds of vases, pots and ceramic objects populate the streets going up and down, following the irregular shape of the territory. Artisans are always interested in engaging in talks with visitors and even eager to teach you the basics of their skills.

In the main square of Margarites, in front of the Municipal Library, a big home-style taverna with a stunning view of the surrounding mountains and valleys, serves quality comfort food in a very friendly atmosphere.

The Archaeological Site of Eleutherna

The archaeological site of Eleutherna and its state-of-the-art museum, are two places that should not be missed. They are no more than 25 km from the town and offer a spectacular window to the past of the island. Eleutherna, also known as Apollonia, was an ancient city-state with a very rich history.

The nearby Museum of Ancient Eleutherna is not big and rather easy to explore. Interesting exhibits and collections of artifacts put on display the history of the archaeological site. The museum also portrays interactive films and explanations that make the visit utterly didactic.

Read More on: What to Do in Rethymno, on the Greek Island of Crete