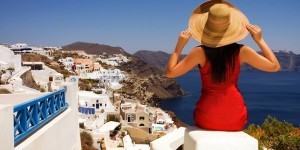 “>resident travelers at a rate of 8,4% individually for October compared “>an increase in arrivals ranged to the two-digit rate of 10,1%.

“>Mr. Yannis Stournaras, also mentioned the positive course of tourism o “>pointing out that “the positive development of tourism in 2017 is expected to
“>mainly in the air transport market, are expanding its capabilities”.

“>the contribution of the industry to the decline in youth unemployment “due to the “>positions related to tourism services and trade” at the same time business, are positive”.